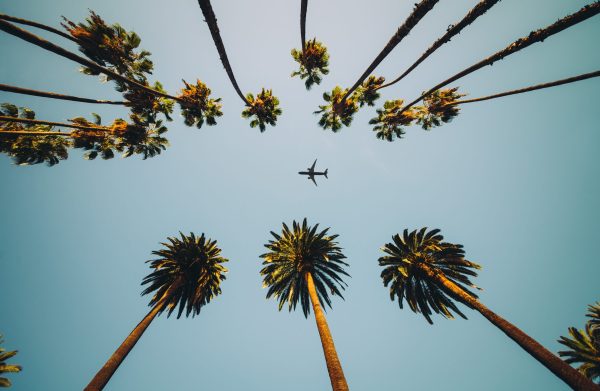 What’s the cost of living in San Diego vs Los Angeles?

Two of the most famous cities in the world are undoubtedly San Diego and Los Angeles. Both in California, of course, and share many of the same traits. Great weather, excellent nightlife, beautiful beaches, and more. They share the same coast, too, and they’re also relatively close to each other. Less than 2 hours drive!

With those things in mind, the big question is this; what’s the cost of living in San Diego vs. Los Angeles? Are housing costs the same or wildly far apart? What about transportation costs and healthcare? Will you pay significantly more in one of the two cities than the other? To assist you in answering those questions, we put together the data below. If you’re moving to California and trying to decide which of these two beautiful cities is best, read on!

Cost of Living in San Diego vs Los Angeles, Who Wins?

The answer is San Diego. San Diego wins by a nose as it’s, on average, 13% more affordable than LA. With a score of 160/100 for San Diego vs 173/100 for Los Angeles, one thing’s for sure; both cities are expensive. (Just FYI, 100 is the national average. So 160/100 means San Diegans pay 60% more for housing than the average American.) Is San Diego much cheaper than Los Angeles? No, not really. Thirteen points make a difference, yes, but at these prices, it’s not substantial. Frankly, if you can afford one, you can afford the other.

Surprisingly, the most significant difference between the two cities is transportation costs. San Diego, for example, isn’t too far above the national average at 120/100. Los Angeles, though, gets a score of 165/100, which is very expensive. (We’ll talk about this more in just a bit.) In the end, though, cost of living San Diego vs Los Angeles, San Diego wins.

Twenty points difference may seem like a lot, but, as with the overall, it’s not a huge difference. Again, if you can afford one city, the other should be as affordable. Frankly, though, “affordability” is not a word used very often in either town.

That’s because the median price of a home in both cities is over $645,000. That’s a substantial median home price no matter how you slice it! Los Angeles’ median home price is $689,000, about $45,000 more than San Diego. Still, at these prices, that’s a comparatively small amount. What is surprising is the difference between rental prices. While the median rent in Los Angeles is $1450.00 per month, in San Diego, it’s $1700.00, a substantial difference. (While not really a factor, about 10% more people rent in Los Angeles than in San Diego.)

People rent Los Angeles storage units or San Diego storage units to offset housing costs. That way, they can rent a smaller apartment to save money for a home. Or, they can buy a smaller home but still hold onto their precious stuff. Many business owners in both cities also rent storage units for files, stock, and supplies.

Everyone needs groceries and sundry items, it’s true. In Los Angeles, you’ll pay just a little less for them than in San Diego. Now, in any other city, 6 points might be a big difference. But, as we’ve seen already, in both of these cities, it’s not. If you can afford groceries, restaurants, and bars in one, the other should be affordable also. The good news? Neither city is too far above the national average.

One of the financial bright spots, if you will, of both LA and San Diego is their healthcare costs. At 89/100, they’re both 11 points below the national average, which is good. It means you won’t be shelling out half your paycheck for doctor visits. Except for LA’s utility costs, healthcare is the only index below average in either city.

We were somewhat surprised to see such a big difference in utility costs between San Diego and LA. Nine points can make a big difference in any homeowner’s utility bill, no doubt. If you can afford a home or apartment in either city, this likely won’t affect you as much. However, if you’re wondering which city saves you more on utilities, it’s Los Angeles by 10%.

When comparing the cost of living in San Diego vs Los Angeles, the biggest surprise is transportation costs. What we found is a whopping 45% difference. Whether driving or using public transportation, LA will cost a lot more than San Diego. One reason why might be this; commuting times. In San Diego, you’ll spend 24 minutes commuting to work, a bit shorter than the national average of 26.4 minutes. However, in Los Angeles, you’ll be sitting in your car (or bus, or train) for 6 minutes more per day! That’s because the average commute in LA is a whopping 31 minutes one-way! (Not surprisingly, one of the longest commutes in the United States.)

Los Angeles and San Diego are neck and neck when it comes to miscellaneous costs. These costs include haircuts, cigarettes, entertainment, restaurants, and more. What’s good about both cities is that neither is far above the national average. OK, let’s be honest, there isn’t a huge cost difference between LA and San Diego. Considering its proximity to the coast of California, that’s not a big surprise. San Diego is 14 points lower than Los Angeles, though, and thus, the clear winner.

If you want a detailed breakdown of San Diego’s cost of living, check out our blog. Here at StorAmerica Storage, we love both cities and have locations around each of them. If you need storage units in Los Angeles, we’ve got plenty of them! If San Diego storage units are what you seek, we have plenty of those, also! They are clean, safe, and secure, with on-site managers and 24/7 video recording.

If you have questions, you can chat with a friendly manager online anytime you like! Until then, we hope this helps you make the choice between these two amazing cities!

More about the cities that StorAmerica serves: