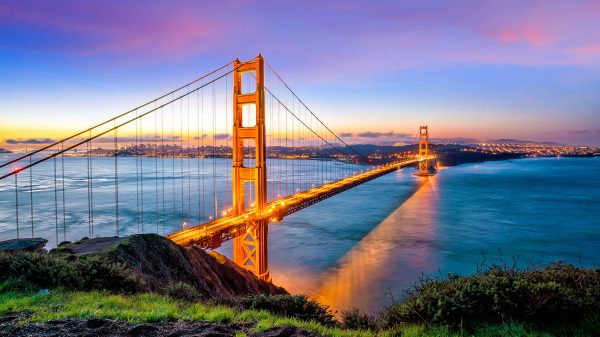 In 1849, the Californian Gold Rush led to the creation of a small town known as San Francisco. Over time, this small city has grown to become the North Californian hub of excitement and its cultural, commercial, and financial heart. Today, San Francisco is the 13th most populous city in the United States and the second-highest in population density second to New York. There are definitely some pros and cons of living in San Francisco, but we love it here.

Additionally, living in San Francisco has grown so popular that people are looking for jobs or requesting job relocation. Due to this, getting housing can be particularly tricky, given the high cost of an apartment in SF. Most likely after moving to the bay area, you’ll get a couple of roommates to save some extra cash while you find the right job, and then move to your favorite neighborhood!

Here are a few fun attractions to experience when living in San Francisco:

As formerly mentioned, the price of an apartment in San Francisco can be quite high. Finding an ideal house can be tough, given everyone is looking for one as well.

What you’ll mostly settle for is a tiny house, where you can’t afford the rent. As you get used to the city, you’ll differentiate the price range in the different neighborhoods, and which are ideal. Unfortunately, the problem with getting a tiny apartment is you’ll end up cramming everything in the house. This not only makes it uncomfortable to live in, but the rooms will quite often be stuffy.

Fortunately, you can get a storage unit for your bulky items. The beauty of getting a storage unit is you’re left with enough space for your house, and you get to preserve your items for future use. For example, if you end up buying a home or renting a bigger apartment, you don’t need to buy new furniture as you can just use what’s in storage.

Getting the perfect storage space can be tough when you’re moving to a new city. Fortunately, over the last few years, San Francisco has bloomed with visitors and people looking to live in this rad city. As a result, this has led to the springing of new and up to date storage units.

When you’re moving to a new city, storage space is an added advantage. For example, if you enjoy cycling, you may move with your bike to the town. While you may be looking forward to going cycling, storing your bike in the small apartments can be particularly hard. In such a case, having storage space could come in handy. Whether its a bike, a surfing board, a couch, or a ski boat, you can get ideal storage space.

Over the last few years, San Francisco has branded itself as the technology hub in the Northern California Region. This has contributed to the recent growth and emergence of the city. As a result, there are companies from various industries and fields, and they’re setting up shop here. The upside of living in San Francisco is this is creating countless opportunities for those looking for work.

After you get the ideal job, the next question is whether you’d like to move closer to the organization, or if you’d like to commute from some distance. Moving closer to your company often results in getting high priced houses, and since you’re just starting off, you may not be able to afford it. This is why you’ll find most people getting roommates. Staying further from your workplace, on the other end, means long commutes and most of your time lost in traffic.

You can still get to move nearer to your workplace. While this will mean sharing rent, it could also be an exciting transition where you get to meet interesting people. Granted, you may have to move your items to a storage unit, but as you move up at your workplace, you’ll soon be able to move out and be on your own.

At the end of the day, the city of San Francisco has been a point of optimism and excellence, especially in the tech industry. Living in San Francisco means living in the city that embodies the place of hard work in success. If you’re planning to live in San Francisco and you have the heart and drive to take you the extra mile, you’ll have the chance to curve your name among the greats.