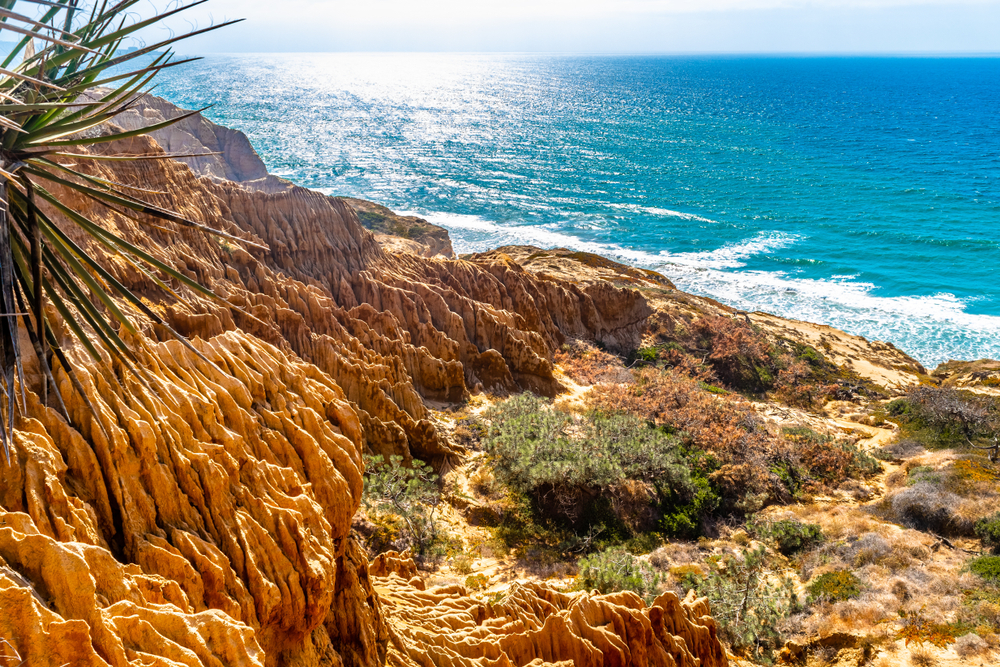 Talk to anyone who loves living here and they’ll tell you that the weather in San Diego is practically perfect. Of course, the definition of “perfect weather” changes from person to person depending on their particular likes and dislikes. On average, San Diego has some of the best weather in the country. Warm, arid, and clear summers. Winters that are partly cloudy and a little bit cool but still pleasant and comfortable. The temperature here rarely drops below 44°F or goes above 84°F with most days somewhere in the enjoyable middle.

If you’re moving to San Diego you might want to know more about the weather, so we put together this article to tell you everything you need to know! From the driest time of year to the hottest, wettest and coldest too, we’ve got it all. We’ve also added in some info about natural disasters and severe weather (although, to be honest, we don’t see much of that around these parts). Enjoy!

So… What is the Weather in San Diego Like?

By the way, if you’re going to store any of your household goods in a self-storage unit, CA Storage has climate-controlled units near you for those things that need to be dry, cool, and humidity-free.

How Many Hours of Sunshine Does San Diego See Each Year?

Consider this; there are about 4380 hours of daylight in the average year. With San Diego’s 3050 hours of sunlight every year, you begin to see why singer Albert Hammond sang that “It never rains in southern California’. One of the biggest reasons why San Diego sees so much sun is that directly to our east is the Borrego Desert. Occasionally, however, dense summer fog and thick clouds will cover a lot of the San Diego’s coast.

What are the Driest, Sunniest, Hottest and Coldest Times of Year?

The wettest month of the year in San Diego is January with 2.1 inches or 5.3 cm of rainfall. That doesn’t mean the weather in San Diego gets extremely cold in January. You can still have some very pleasant days throughout the month.

There are so many sunny days in San Diego that it’s kind of silly to pick out one month that has the most. But we did… and that month is July, with about 305 hours of sunshine. It also happens to be the most humid month of the year with an average humidity of about 75%.

As it happens to be in many other parts of the country, August is the hottest month of the year in San Diego. Temperatures can get up to about 76°F on average.

December wins the coldest month category with an average overnight temperature of about 50°F. Still, the average high during December is 66°F or 19°C, which we think you’ll agree is still quite pleasant.

Is it crazy that July is not only the most humid month of the year but also the driest in San Diego? It is, with only .03 inches or .08 cm of precipitation. No matter how you slice it, that’s pretty dry!

San Diego is famous around the world for being an excellent place to surf. So it’s important to know that February is the month with the coldest ocean temperatures with an average of about 58.6°F. If you’re going to surf in February, you’re going to need a nice, thick wetsuit.

Unfortunately, yes, San Diego does have the occasional earthquake as it lies in the so-called Pacific Ring of Fire. Two of the biggest faults are close by, including the infamous San Andreas Fault and the Hayward Fault.Most of the earthquakes we have around here are relatively minor, but you will feel them from time to time.

Earthquakes aside, San Diego is number two among large U.S. cities for fewest thunderstorms and rainstorms.  We average only five days a year with one or the other, which we have to admit is a big reason we love this place. We’re also number five on average days a year with an inch or more of rain, with only 2 days a year experiencing a good drenching.

Not really, no. The weather in San Diego is pretty consistent. While you could say that December, January, and February are slightly different as they are a bit colder, it’s not nearly the kind of change in seasons that you see in, for example, Seattle, Portland, or upstate New York. And yes, flowers bloom in springtime but you won’t be seeing the kind of color explosion you’ll see in, say, Washington, DC.

Where To Store Your Stuff in San Diego

If you live in San Diego or you’re planning to move here and you need to store your stuff, CA Storage is your best bet. From furniture and clothing to sports equipment, bicycles, ATVs, and even cars and trucks, CA Storage has the perfect size storage unit to hold everything. We also offer climate-controlled storage units for any of your belongings that need to stay cool, dry, and protected.

Our storage facilities are video monitored 24/7, with touchpad-controlled front gates that make getting in and out easy, even with a moving truck. There’s a manager on duty five days a week and, even better, you can chat with one of our friendly managers online. When you’re ready to rent a storage unit, we make it super-easy with our convenient online reservation application. Whether you’ve lived here in beautiful San Diego your entire life or you’re just joining us, CA Storage has the affordable extra storage space you need as well as climate-controlled units that are perfect for the warmer weather in San Diego. Chat with one of our friendly managers and reserve your storage unit online, today!

2 thoughts on “Moving to CA? Learn About the Weather in San Diego!”