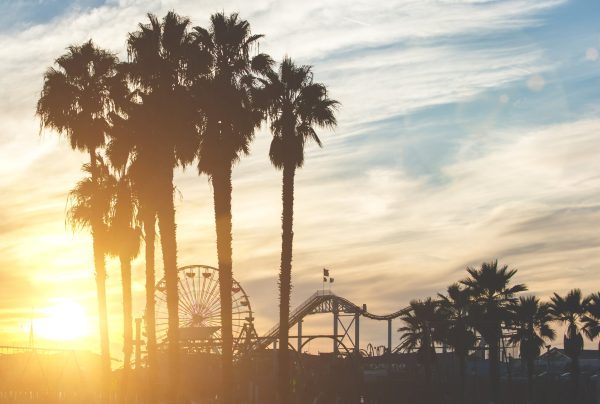 There’s no denying that California is both beautiful and bountiful. With a magnificent coastline, excellent weather, and an abundance of adventure, the Golden State offers a lifestyle like no other. If you’re moving to this enchanting part of the United States, you probably have a long list of questions. Discover the important things to know before moving to California below!

The State’s University System is One of the Best

Not only is California’s university system one of the best, but it’s also one of the biggest. It boasts 23 unique campuses, over 437,000 students, and 44,000+ employees! More importantly, their university system awards nearly 100,000 degrees every year, including bachelor’s, master’s, and doctoral degrees.

From Burney Falls to Fern Canyon, Yosemite National Park, and Big Sur, California has world-class places to see and enjoy! If you are the adventurous sort, you’ll find rafting, surfing, walk climbing, hiking, and more in the Golden State. Whale watching? Yep, we have that too, and all the water-based activities you can name. There’s a word that California coined some years ago that fits the state well: Epic. The thing to know before moving to California? Every day is epic.

California is Big On Direct Democracy

There are few states in the U.S. where ordinary citizens can get laws changed. California is one of them, a direct democracy example for the rest of the country. Any resident of the state can start a petition and gather signatures. If they get enough, their proposal will go on the ballot and be voted on by the people! Democracy in action!

You Need to Choose Your California City Wisely

California is a vast state and one of the largest in the country. For that reason, choosing the city you move to in California is vitally important. One of the reasons why is the weather, which can be radically different in one part of California than another part. For example, if you want to live in San Diego, you should expect warm, sunny weather most of the year. San Francisco, however, is rainier and more atmospheric. The sun comes out here and there in San Francisco, while, in San Diego, it’s out nearly every day.

Another reason is the nearly palpable rivalry between Northern California and Southern California. Both sides like to give the other more than lighthearted ribbing with distinct cultures, climates, and contours.

Cities in California to Check Out

If You Don’t Know Spanish, You Should Probably Learn

Yes, the United States today is multi-lingual, but something to know before moving to California is that it is much more so than most other states. Millions of people speak Spanish here, and, for many, it’s their only language. That makes knowing Spanish helpful for communicating and also for making friends and influencing people! And here’s a fun fact; Babbel Magazine rates Spanish as the 3rd most accessible language to learn!

California Grows a LOT of Food

You’ll have no lack of fresh fruit and produce when you live in California, that’s for sure! We’re one of the biggest producers in the United States, let alone the world. Many countries besides ours depend on the bounty California produces every year. Indeed, we’re one of the world’s biggest agricultural hubs. For locals, there are farmers’ markets galore in California, plus fruit stands everywhere you look. Even better, as it’s all produced locally, the prices will be much more affordable (and your ecological footprint smaller too).

People Are Big On Eating Healthy in California

One of the most significant benefits of all the fresh produce in California is, well, all the fresh produce in Califonia! With a wide variety, it’s easy to live a vegetarian lifestyle here. You’ll also find full support for veganism, gluten-free, keto, and many other diets. Not just help, mind you, but full support, with communities and structure. If eating healthy and wellness are priorities, California can help keep them front and center in your life.

Housing is Problematic in California

There’s no denying the fact that California has a housing problem, if not a crisis. This is definitely something to know before moving to California. Consider this; even some people in the upper-middle-class tax bracket can’t afford the housing here. Worse is that the housing supply is kept low by a myriad of local zoning laws. Then there’s the fact that millions of homeowners haven’t yet recovered from the recent recession, which is not good. In short, expect (and be able to) pay a lot for a home in California or rent an apartment. Unless you can, living here could be financially impossible.

As beautiful as California can be, it also hides a dark side; earthquakes, wildfires, and mudslides. With the San Andreas Fault located here, earthquakes are common, and slight tremors are regularly felt. Wildfires have been in the news often over the last few years as they ravage parts of our state. Mudslides are just the icing on our bad weather cake. Combined, all three are some of the main reasons home insurance costs in California are high. Depending on where you live and the risk your home faces, yours could be significant.

One last important thing to know before moving to California is that it’s wine country! For adults who love to enjoy a bottle once in a while, California will be a dream come true. Even if you don’t drink much wine, the vineyards and locales are spectacular. Go for the views, stay for the wine, food, and fantastic vibe.

We think you’ll agree, California is phenomenal. Yes, it’s a bit expensive to live here, but the amenities more than makeup for it. Here at StorAmerica Storage, we’ve helped millions of Californians store their things and save money. Our storage units are clean, safe, and affordable, with 24/7 security and on-site managers. You can store as much as you like and save money by renting or purchasing a smaller place to live. It’s an affordable option in a state where housing options are somewhat limited.

If you have questions, you can chat online with a manager anytime. Even better, drop into one of our self-storage locations and meet the on-site manager. They can show you around, answer your questions and get the process started. Until then, enjoy your new life in California. We hope that, as we do, you enjoy living here immensely.

1 thought on “Things To Know Before Moving to California”