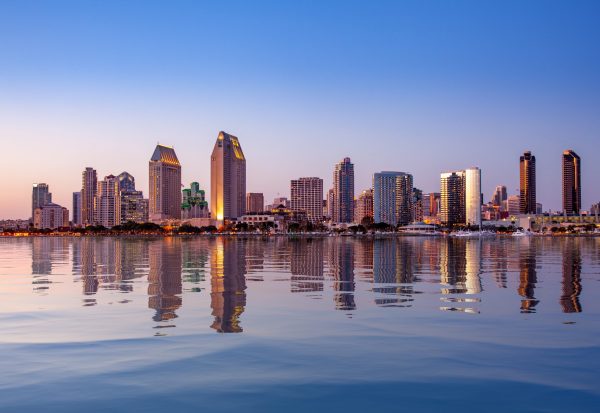 There’s no doubt that San Diego, CA, is a spectacular city with amenities to spare. The weather, beaches, and amenities here are some of the best in the United States! The lifestyle here sparks envy from many other cities (as well as being the spark for many great songs). Nightlife, outdoor adventure opportunities, and, of course, the magnificent beaches all come together to create an incredible metropolis. But there’s an important question many people ask; is the cost of living in San Diego, CA, affordable?

It’s a vital question, no doubt, as California is one of the most expensive states in the country. San Diego’s sister cities, for example, Los Angeles and San Francisco, have some of the highest costs around. Indeed, most of the state is very expensive in more or less every category. Still, there are some bright spots. (You’ll see them down below in just a minute!) If you’re moving to our lovely city, read on! We’ll tell you if the cost of living in San Diego is affordable or not in the next few paragraphs!

The Overall Cost of Living in San Diego is Expensive

We can’t sugarcoat this one; the cost of living in San Diego is expensive. In fact, some would say it’s costly (but that, of course, depends on your income level). Our city gets an overall cost of living score of 160/100. That puts us at the uppermost edge for U.S. cities in terms of living costs.

Why is San Diego so expensive? We can and were that in two words; housing costs. As we’ll see below, San Diego’s housing costs are some of the highest in the United States. Everything else (except transportation) is about average, but it still can’t offset the cost to own or rent a home. In the end, the cost of living in San Diego, CA, is one of the most expensive in the country.

Is San Diego Worth the Extra Cost?

For millions of people, San Diego is the greatest city in the United States, extra expense or not. In many ways, San Diego is truly phenomenal and a first-class city. Below are a few reasons why living in San Diego is well worth it:

Do you commute to work? If you do, be prepared to pay more for gas, tolls, car repairs, and more in San Diego. We pay 20% more than the U.S. national average for this index, which is high. We do need to mention; however, that commute times here aren’t so bad. At 24 minutes, they’re slower than the national average by almost 3 minutes. (Hey, it adds up over the weeks and months!) As the cost of living in San Diego, CA, goes, transportation costs are higher but not ridiculous.

How to Save Money on Transportation Costs in San Diego

Whether you’re single, have a family, or retired, everyone has to eat. We pay about 10% more for groceries in San Diego, which isn’t perfect but isn’t a deal-breaker either. On the other hand, paying 10% more for groceries means you might want to become a smarter shopper. There is no lack of grocery store chains in San Diego, including one of the lowest-priced, Safeway. There are also several food co-ops here in the city to help you save even more. As they say, every bit helps!

How to Save Money on Grocery Costs in San Diego

Health and wellness is an essential issue for all Americans. Healthcare costs are just as big of a topic, especially in larger cities. The good news is that, in San Diego, healthcare costs are more than 11 points lower than the national average. We get an 89/100 due to several factors, including hospital costs and the cost of prescription medications. That’s good news for anyone with a health condition, as well as retirees and young families. Sadly, it’s the only cost that’s lower than the national average in San Diego. Still, it’s a small ray of financial light in one of America’s most expensive cities.

As we mentioned earlier, when talking about the overall cost of living in San Diego, housing is why it’s so high. At 280/100, our housing costs are nearly triple the U.S. national average. No matter how you slice it, that’s high, and again is the main reason our overall cost here is high. The median home cost, for example, is $645,000 compared to $231,000, the average of the country. (Again, almost triple.) But do know that working in San Diego generally means you’ll be compensated fairly!

Keeping the lights on, the water flowing, and the gas burning is essential in any city. The good news is that, in San Diego, utility costs are only a bit higher than average. We get a score of 103/100, which isn’t perfect but isn’t the worst. More importantly, the weather here is usually very comfortable. You practically never need to heat your home, and you won’t need the air conditioning all that much either. That will certainly save you some money on your monthly utility bills. (Which, of course, you’ll need to pay the mortgage!)

Miscellaneous costs can eat up a good chunk of your monthly budget, it’s true. Unfortunately, in San Diego, they will eat up about 6% more than the national average. We get a score of 106/100, which, frankly, isn’t horrible. It does mean, though, that internet, phone service, hair salons, and more are going to cost a little extra.

While San Diego is expensive, living here is about as close to paradise as it gets in the U.S. Many would quickly agree that it’s well worth it for all of the wonderful amenities here. At CA Storage, we agree. We help people save on housing with our safe, secure San Diego storage units. It’s an affordable way to keep your cherished things if you have to live small for a while. If you have questions, chat with us online anytime. Until then, we hope you love San Diego! We think it’s one of the most magical cities in America!

Check out these other articles about our favorite California locations:

2 thoughts on “Cost of Living in San Diego, CA: Is it Affordable?”