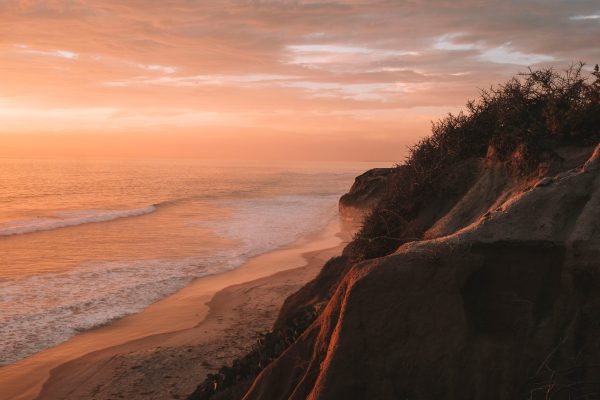 If Carlsbad, CA, is on your radar as a possible place to move, you’ll want to know everything about the cost of living! Below we’ve got everything you need to know about what it costs to live in this stunning California city. (That includes the good stuff and, frankly, the not-so-good stuff, too.) If that sounds like the kind of data you’re searching for today, read on! Everything you need to know about the cost of living in Carlsbad, California, is coming right up!

Overall, the Cost of Living in Carlsbad is Expensive

There are many pros and cons of living in Carlsbad, CA. There’s no way to sugarcoat the fact that, as lovely as it is, Carlsbad is expensive. It receives a score of 191/100 from Best Places, the city ranking website. That’s nearly double the national average, which is high no matter what you do for a living. What’s pushing up the cost so much? As we’ll see in just a moment, it’s mainly the cost of housing. Frankly, though, transportation and grocery costs aren’t helping the matter, either. So, yes, Carlsbad is gorgeous, but that beauty comes at a rather steep price.

The Cost of Housing in Carlsad: Expensive

If you had to single out one cost that makes Carlsbad expensive, housing costs would be the culprit. Its score of 379/100 is one of the highest in the country, if not the world. When you consider that Carlsbad is sandwiched between Los Angeles and San Diego, that’s not surprising. Both cities are also costly, as is California in general, especially along the coast.

One way residents here save money is by renting a Carlsbad storage unit. That way, they can buy or rent a smaller home and store things they don’t need or use every day. Indeed, renting a storage unit could save you thousands of dollars a year! (Even better, they’re safe, clean, and very secure.)

Where to store your items in and around Carlsbad, CA:

Cost of Groceries in Carlsbad: Expensive

While not even close to housing costs, groceries are still higher than the national average in Carlsbad. With a score of 114/100, you’ll pay almost 15% more for your milk and cookies here. (Plus, of course, all your other groceries too.) What’s interesting is that the grocery cost of living in Carlsbad is higher than grocery costs than L.A. Still, while not off-the-charts, you’ll pay more for your food here than in many other U.S. cities.

As with nearly every other coastal Cali town, the cost to get around here is high. Indeed, after housing, transportation is our 2nd highest cost. Much of the reason is taxes on fuel and the cost of insurance, both of which are higher than average. The commute time in Carlsbad doesn’t offer much help, either. It’s 28 minutes one way, about 2 minutes longer than the national average. That’s not perfect, obviously, but it’s better than LA’s 31 minutes!

One cost that many folks forget to factor into their equation is miscellaneous costs. These are the costs that don’t usually show up when you search. They include things like:

Depending on your lifestyle and the size of your family, miscellaneous costs might be a significant factor. Then again, they might be one of the smallest. One thing they aren’t in Carlsbad, CA, is super expensive. At 106/100 they’re just slightly higher than the U.S. average.

Keeping the lights on and the AC blowing cool is essential when you live on the California coast. In Carlsbad, though, you won’t need the AC nearly as much as in some other cities. That’s because the weather here is, in a word, mild. There are no sweltering days here or, for that matter, freezing days either. Indeed, it’s pretty rare for the mercury to drop below 45F or go above 80F. Most of the year, the daily temperatures range between 64 and 75, which for some is practically perfect. Also, you’ll never, ever see snow in Carlsbad. (If you like snow skiing, though, don’t worry, there are plenty of options within a few hour’s drive.) When it comes to the cost of living in Carlsbad, CA, utility costs are one of two bright spots. (The 2nd is coming up next!)

The Cost of Healthcare and Pharmacy: Affordable

The healthcare cost of living in Carlsbad is a significant factor for many families here. That’s especially true if, for example, you have small children or you’re older and retired. Whatever your family situation happens to be, however, the good news is that healthcare costs in Carlsbad, CA, are affordable. In fact, they’re over 10% cheaper than the national average at 89/100. Also, they happen to be the very lowest of all the major cost indices in Carlsbad. Like the city itself, healthcare costs here are a breath of fresh (and surprisingly affordable) air.

Is the Cost of Living in Carlsbad, CA, Affordable?

The answer would, frankly, have to be no. That being said, if you can afford to live here, Carlsbad is stunningly beautiful and inviting. We have excellent public schools, nightlife, and outdoor activities, and we’re incredibly diverse.

Here at StorAmerica Storage, we love living in Carlsbad! We have Carlsbad storage facilities around the city that people here use for many different reasons. Some, for example, buy a smaller home and store their things while they wait to purchase a bigger one. Others use our Carlsbad, CA storage units for their business, side hustles, and start-ups. If you have questions about storage units in Carlsbad, CA, you can chat with us online anytime! Even better, come on down to one of our local storage facilities and say hello! Until then, welcome to Carlsbad! We hope that, like us, you enjoy living and working in this lovely city.

Read more about the cities that StorAmerica serves.

11 thoughts on “The Cost of Living in Carlsbad, California”