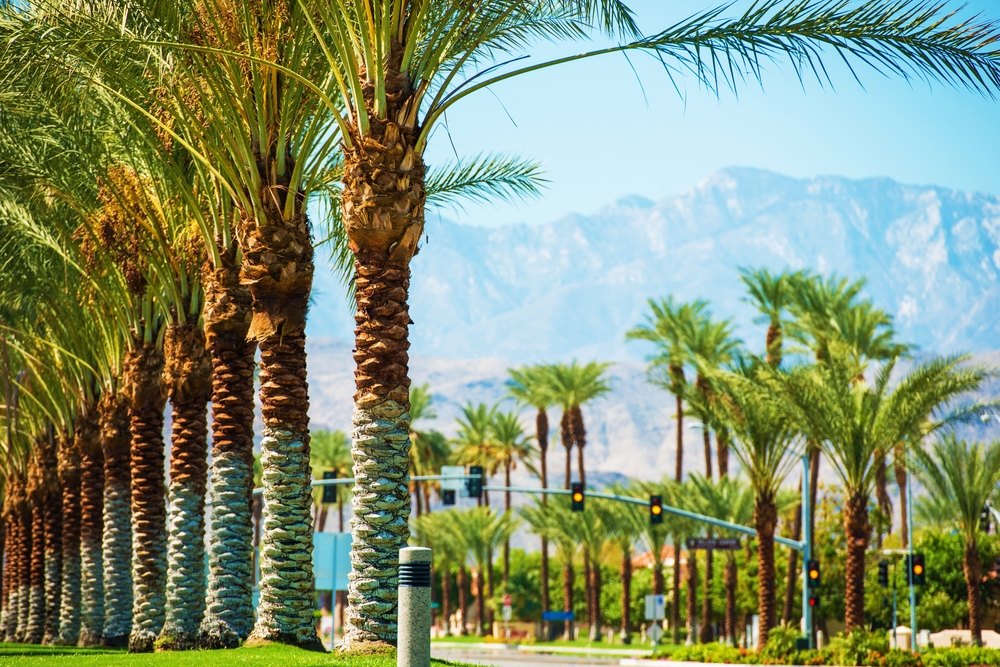 A few years ago, Coachella, California, was a dry, sparse desert that wasn’t all that exciting. Except for, you know, lizards and cacti. Today Coachella is a booming city with about 47,000 souls living, working, and enjoying life. And if you’re thinking of making the move to Coachella, CA sometime soon, we bet you’re doing your research. If so, read on! We’ve got all the major pros and cons of living in Coachella, CA, below to give you a head start!

Pros of Living in Coachella, CA

The Winter Weather in Coachella is Fabulous

Where do you find a city with temperatures that rarely drop below 70° and 300 days of sun per year? In Coachella, California, one of the most beautiful places in the country! The thing is, you can barely call what we experience in Coachella “winter.” It’s more like late spring in the Northeast, with gorgeous days and pleasant nights.

Coachella has a Thriving Arts and Cultural Scene

If you’re a fan of the arts, movies, and music, living in Coachella will be a dream come true. For example, the Coachella Valley Music Festival is one of the best in the United States. It attracts hundreds of thousands of people every year who flock to the city for great tunes! The Palm Springs Art Museum is excellent, and there’s the annual (and fabulous!) Palm Springs Film Festival, too. (Keep your eyes open for film and TV industry superstars!) In conclusion, the many festivals in Coachella can be a pro and a con of living here! It depends on how you look at it!

The Cost of Living in Coachella, CA, is Reasonable

There’s no question that California is one of the most expensive states to live in the United States. In comparison, Coachella is quite reasonable. The cost of living index here is 108/100, a mere 8% higher than the national average. Compare that to Los Angeles (173/100) or San Diego (160/100), and you’ll immediately understand what we mean. Both cities are less than three hours from Coachella but 50%+ higher when it comes to living costs.

We’d be stretching the truth if we said the public school system in Coachella is perfect. But of the 26 public schools here, several have an A rating. Palm Desert Charter Middle School, for example, gets very high marks. So do Horizon School and George Washington Charter School. Unfortunately, several other schools here get rather low marks. The point is, when searching for a new neighborhood in Coachella, make sure to choose wisely. That way, you’ll be sure to choose a neighborhood in a good school district.

The Nightlife in Coachella is Exciting and Fun

If nightlife is vital to your survival, Coachella will keep your adrenaline flowing! There’s more to do here at night than in many cities twice our size! Decadent restaurants, top-notch bars, and swinging clubs are everywhere you look! There are several casinos here, too, with everything a typical casino offers. For nights of music and outstanding food, Coachella is the place to be!

Cons of Living in Coachella, CA

Summer in Coachella, CA, Can be Brutally Hot

As pleasant as Coachella, CA, is in winter, summer is brutally hot and uncomfortable. BestPlaces gives Coachella a Comfort Index score of 4.6 in summer, which is not great. The reason is simple; from May through September, the temperature is over 100° F every day! For most folks, that’s too hot to handle, forcing them indoors until well after the sunsets. Indeed, sweltering summers are one of the worst cons of all the pros and cons of living in Coachella, CA.

Coachella is Overrun by Outsiders, Wannabees, and Eccentrics Several Times a Year

All the festivals we have here in Coachella are great…until they’re not. Here’s the thing; during a festival, the population of Coachella can double and even triple! That means extra traffic, garbage, noise, and more. Sure, it’s great for the local economy, but not so great if you’re trying to enjoy peace and quiet. Luckily, festivals don’t last forever, and things in Coachella go back to their normal after a few days.

Where to Find RV Storage in Coachella, CA

Many Pros and Cons of Living in Coachella, CA

After discovering the pros and cons of living in Coachella, CA, we think you’ll agree it’s a fabulous city. Although Coachella is not perfect, our pros definitely outweigh our cons.
If you’re moving here and need a storage unit in Coachella, CA Storage has plenty of them!

Clean and secure, your things will be very safe with us! Our Coachella, CA storage centers are protected by 24/7 video security and friendly on-site managers.

By the way, you can reserve a Coachella, CA storage unit online in just a few minutes. (There’s no deposit necessary, so you won’t need your credit card.) From everyone here at CA Storage, we hope your move is low-stress and successful. Once you’re here, you’ll wonder why you didn’t move to Coachella, CA, much sooner!