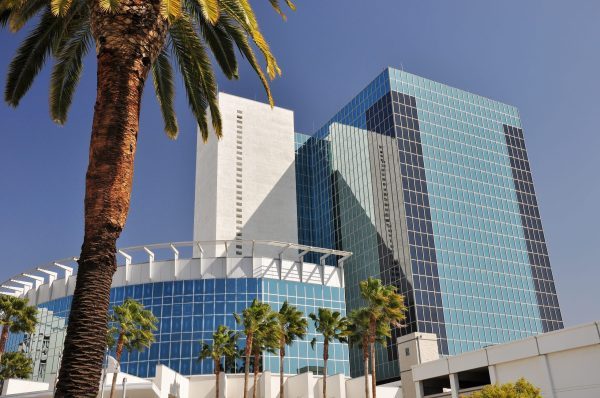 If you plan to move to Riverside, CA, you likely want as much information about the place as possible. One of the biggest questions most people have is this; is the cost of living in Riverside, CA, affordable? California, in general, is an expensive place to live. Does Riverside follow suit? Read on to find out!

Cost of Living in Riverside, California is Expensive

We already talked about the Pros and Cons of Living in Riverside, CA. If you thought the cost of living in Riverside was going to be Pro, think again! Like most coastal California cities, it’s at the higher end of the scale. (Luckily, though, it’s more economical than LA and San Diego.) For example, in general, California gets a score of 150/100, so you’ll pay 50% more to live here than other U.S. states. At 133/100, Riverside is more affordable, but not by a whole lot. As we’ll see in just a moment, there are two main reasons for this higher cost.

The Cost of Housing in Riverside, CA, is Expensive

Buying a home in Riverside, CA is an expensive proposition; there’s no denying that. Now, the thing is, that holds for almost every CA city. California, in general, is one of the most expensive states in the country. There is good news, though, and it’s that Riverside is one of the more affordable cities here.

How can we say this when it gets a score of 177/100? Because, overall, California receives a score of 239/100! That’s right; you’ll pay 139% more for a home in The Golden State than other American cities. Riverside, though, is substantially less than that. So, in effect, Riverside’s housing prices are affordable compared to the rest of the state. You’ll find that many folks here rent a storage unit in Riverside, CA. By doing that, they can either buy a smaller house or rent a smaller apartment. Both can help you save a lot of money.

Here at StorAmerica Self Storage, we offer clean, affordable storage units in Riverside, CA, that can help you save money on the cost of living in Riverside. How? For example, you can rent a smaller apartment and store things with us while saving money for a home. Or you can buy a smaller home and keep some stuff with us. Both will be more affordable options that can help your stick to your monthly budget!

If you have questions, you can chat online anytime with one of our friendly managers. Or, if you like, come to one of our many Riverside storage facilities and say “hi”! We have managers on-site at all locations! Until then, we wish you all the best in your new Riverside home!

Transportation Costs in Riverside are Expensive

We mentioned earlier that there are two reasons the cost of living in Riverside, CA is so high. The first was housing, and the second is transportation costs. At 146/100 you’ll pay almost 50% more to get around in our city. That includes gas, tolls, taxes, and other transportation-related costs. (Public transportation as well.)

One reason the transportation costs here are high is that commute times are so long in Riverside. On average, you’ll spend almost 31 minutes drive one way to work, or over an hour a day! Unfortunately, very few people in Riverside take public transportation. (Less than 2.5%.) Also, only 15% of residents here carpool. That leaves nearly 75% of people driving their car alone on the highway. The traffic this causes is one of the main reasons why commute times are so long.

While utility costs here aren’t cheap, they’re not outrageous, either. One reason is that the weather in Riverside is beautiful most of the year. For example, we get less than half a dozen days a year where the temperature falls below freezing!

From June through September, the days get hot, no doubt. The other eight months, though, are very comfortable indeed. You’ll need AC, yes, but not nearly as much as Miami, Phoenix, or New Orleans. Plus, you’ll rarely need to heat your home, so you’ll save plenty on utilities there. So, yes, the cost is higher, but the need is lower.

Saving money is great; there’s no doubt about that. In California, though, it isn’t easy. The good news is that, on groceries, you won’t pay more than the national average in Riverside. You won’t pay less, either, but any cost of living here that’s isn’t high is a good thing. In our city, at least, groceries will be one of your most affordable costs.

Healthcare in Riverside, CA is Affordable

Finally, we get to a cost in Cali that’s not crazy high! If you’ve got health issues, you won’t pay outrageous prices to get care in our city, thank goodness. Another plus is that, with excellent weather and clean-ish air, you’ll stay healthier in Riverside. (Better health = fewer healthcare costs!) Riverside also offers exceptional healthcare options and several excellent hospitals.

We hope the numbers you’ve just read didn’t shock you (or your budget!). The fact is, Riverside is a lovely, vibrant and enjoyable city. It just happens to be in the most expensive state in the country. The good news is that, compared to the rest of the state, Riverside is more affordable.

8 thoughts on “Is the Cost of Living in Riverside, CA Expensive?”