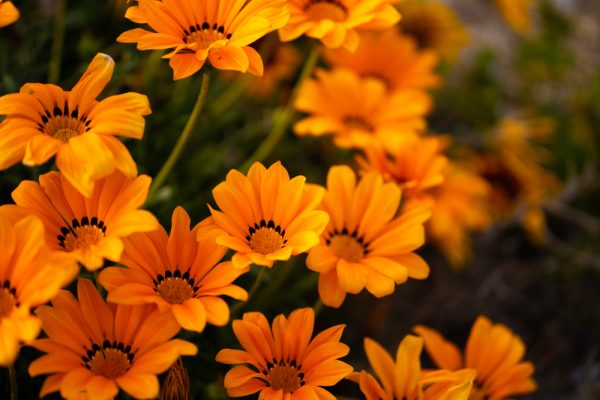 Whenever you move to a new city, it’s always good to know the place first. Of course, to do that means traveling back and forth, sometimes long distances. (For example, when you currently reside in New York, Boston or Dallas.) If you’re moving to Moreno Valley, CA, we’ve got a useful list of the biggest pros and cons of living here just for you! The good news is, the number of pros is much more significant! Enjoy.

The Pros and Cons of Moreno Valley, CA

Pro: Moreno Valley is one of California’s More Affordable Cities.

Living anywhere in California can be an expensive proposition compared to much of the U.S.; there’s no denying that. Moreno Valley, on the other hand, is about 15% less than the state average. Compared to, for example, Irvine, at 82% above the national average, Moreno Valley is only 12% higher. That’s going to give your budget a big boost, no doubt. Another plus is that rental prices in Moreno Valley are also very affordable. For example, you can rent a two-bedroom apartment for around $1200, which is quite good for a large city. There are many affordable living options for small-ish families, making this one of the best pros of living in Moreno Valley, CA.

Walk the streets of Moreno Valley, and you’re likely to hear German, Italian, Irish, Spanish, Flemish, and several other languages. That’s because, more than many cities, Moreno Valley is exceptionally diverse. Hispanics make up the most prevalent group at about 60%, but there are people from all walks of life here. Nearly 25% of the population of Moreno Valley was born outside of the United States! The nice thing is that, with so many influences, the food here is fantastic. (See what we mean further down!) If being part of an ethnically diverse city pleases you, living in Moreno Valley will suit you nicely.

If you’re a ‘foodie,’ Moreno Valley will have your taste buds dancing daily! The food scene here is hopping with practically every type of cuisine! From Mexican bakeries to smashing seafood joints, gastropubs, Italian kitchens, and much more, there’s no lack of eating options. They love to combine flavors and regions here to come up with something completely new! Plus, being close to the Pacific, the seafood options here are unique! (Some say the sushi here is better than in Japan!) On the list of pros and cons of Moreno Valley, this is a big, tasty pro!

Con: Commute Times Can Be High in Moreno Valley

The one Con most residents of Moreno Valley agree on is that commuting here is no fun. The average commute is almost 35 minutes, much higher than the national average. That’s a lot of time spent sitting and looking out your windshield, no doubt. However, it’s not nearly as bad as some other California cities like Los Angeles or San Francisco.

Pro: The Climate Is Wonderful Most of the Year

If you’ve ever been to the Mediterranean, you have an idea what Moreno Valley’s climate is like. It’s semi-arid with low precipitation, relatively mild winters, and warm, dry summers. You won’t find any snow falling here, but it does rain about 15 or 16 inches a year. The truth is, the temperature rarely dips below 45 degrees Fahrenheit in winter. Plus, it barely goes above 85 degrees in summer, so that you can spend a lot more time outdoors. Some people will tell you that Moreno Valley has four distinct seasons. Living here, we can tell you that it only has three. (Winter only exists when you see constant, severe cold and snow, and Moreno Valley has neither of those.)

While Moreno Valley is not the worst city in terms of education, it’s not the best. For example, the city has one of the largest population of residents with no schooling, nearly 4%. Ironically, it also has a high proportion of people with high school or GED diplomas. At almost 30%, it’s ranked #2 in the state. The better news is that the education system in the city is improving by leaps and bounds. We expect that, in the next few years, our education ranking will improve significantly.

Pro: There’s So Much To Do in Moreno Valley

With excellent weather, it’s no surprise that there are SO many things to do in Moreno Valley Other than that, it offers many outdoor amenities to enjoy. Another plus is that it’s very close to all sorts of nature, including the magnificent Box Springs Mountain. (You can see it from practically anywhere you look in the entire city!) Amazingly, Moreno Valley is an hour from nearly everything. That includes the mountains, the desert, and the coast with its beautiful beaches. Below is a shortlist of some of the best outdoor activities in and around our fine city:

Con: There Are a Lot of Factories Here

Living on the coast of California means a lot of fresh air. Unfortunately, Moreno Valley has more than its fair share of factories. That can sometimes bring the air quality down a bit. However, the air quality has been getting better over the last few years, luckily. It’s another irony of Moreno Valley, as it’s so close to nature but suffers from human-made problems.

Brought To You By StorAmerica, the Self-Storage Leader in Moreno Valley

We hope you enjoyed this list of Moreno Valley pros and cons. Here at StorAmerica, we like to think the pros outweigh the cons significantly! As self-storage experts, we offer clean, safe, and secure Moreno Valley storage units all over the city. If you’ve just moved here, we have the storage space you need. If you’ve lived here all your life and need extra space, we’ve got that too! Whatever your situation, we hope you enjoy living in this beautiful city we call home!

Check Out These Other Cities in CA:

6 thoughts on “The Pros and Cons of Moreno Valley, CA”